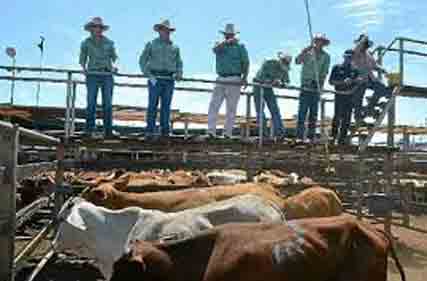 At the close of Thursday’s markets, the Eastern Young Cattle Indicator (EYCI) declined 1.50¢ on where it finished the previous day, at 592.75¢/kg cwt

Numbers at Roma Prime declined 22%, to 903 head. Quality was similar across the sale this week, with bullock and grown heifer categories much plainer. All major processors were in attendance, operating fully in a firm market.

Dubbo cattle throughput decreased slightly week-on-week, to 4,390 head. It was a plainer yarding in quality overall, with a large influence of lines drawn from the far west. Prime cattle were in good supply, however not all buyers operated in the cheaper market.

Consignments at Bairnsdale declined 15%, to 1,151 head. A plethora of buyers were in operation, with the market holding firm to easier in places. A slight decline in quality saw prices trend similarly in some categories, with competition strong across prime cattle lines.