Limousin dominates the carcass competition at the 2016 Sydney Royal 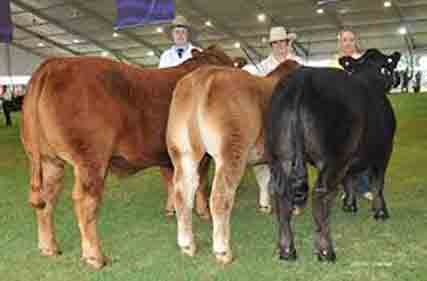 The paddocks of the Manning Valley have produced the Sydney Royal’s 2016 Grand Champion Steer – a 500 kilogram Limousin from Wingham breeders Paul and Janelle Relf.

The Relf’s 12-month old Warrigal Levi, which was the show’s Middle Weight class Champion Steer, took the top prize in a

It was the first steer the Relfs have shown at the Sydney Royal.

Reserve champion Middle Weight steer was a Limousin exhibited by The Scots School, Bathurst, and bred by Austin