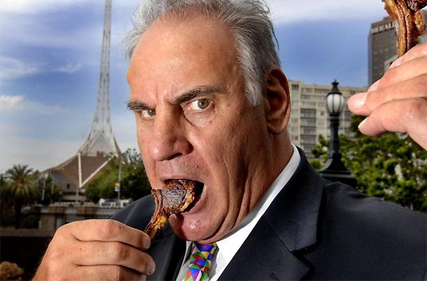 Meat & Livestock Australia’s (MLA) 2016 Australia Day lamb campaign has proven the most successful campaign of its type – delivering a record increase in lamb sales for the Australia Day period.

“Operation Boomerang” featured Lambassador Sam Kekovich, who was joined by cult SBS newsreader Lee Lin Chin and a host of Australian icons, on a mission to save Australians abroad from going without a lamb BBQ on Australia Day.

Now in its twelfth year, the annual campaign from MLA has become as iconic as lamb itself, and each year it is designed to encourage consumers to come together to celebrate Australia Day with lamb.

The campaign video was watched over 5.5 million times online and generated 1274 pieces of media coverage which delivered a cumulative audience in excess of 404 million.

“This is MLA’s most successful Australia Day campaign on record. Australian lamb is a quality product and by continuing to foster Australia’s love affair with lamb we are seeing demand strengthen which ultimately delivers value back to the farm gate,” Mr Howie said.