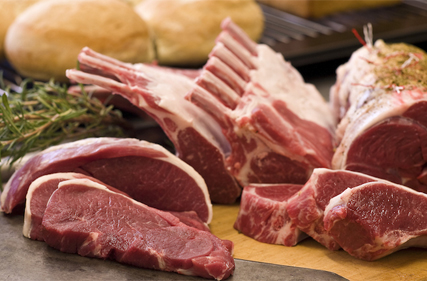 Australian lamb production in February lifted 7% on the corresponding period last year, with over 46,800 tonnes cwt recorded for the month (Australian Bureau of Statistics).

Across the country in February, compared to last year, production in;

Persistently high temperatures and ‘below-average’ rainfall recorded across many key producing regions in February resulted in a 7% year-on-year increase in national lamb slaughter – with 2.04 million head processed during the month.

Highlighted in MLA’s Sheep Industry projections April 2016 update, lamb production and slaughter for 2016 have been revised higher than the initial December forecast.

Underlying these revisions for 2016 was a 3% year-on-year increase in the total number of breeding ewes on hand, to 42 million head, according to the MLA and AWI wool and sheepmeat survey.

The average Australian lamb carcase weight has increased 28% since 1992, however, it is expected to remain steady on year-ago levels in 2016 – particularly if no autumn break eventuates to support producers over the winter months.