National cattle numbers on feed are on the decline 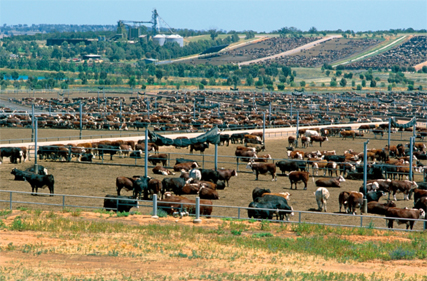 National feedlot utilisation declined slightly to 69%, well below the five-year quarter average of 80%.

The number of cattle on feed declined slightly in the March quarter and 7.6% on year-ago levels, reported at 1,005,035 head.

The number of cattle on feed for the March quarter is 3% below the five-year quarter average.

National feedlot utilisation declined slightly to 69%, well below the five-year quarter average of 80%.

MLA has released the latest Lot Feeding Brief, compiled from results of the ALFA and MLA March Quarter 2021 feedlot survey. The brief reveals the current status of the lot feeding industry in Australia.

The ALFA survey highlights cattle on feed remained above one million head in the March 2021 quarter, with capacity slightly increasing and utilisation down significantly on the December 2020 quarter. Feedlots continue to grow in the beef industry despite lower turn-off and cattle on feed numbers.

Strong restocking sentiment has meant more cattle retained on grass, with processors relying on feedlots to fuel production. Recently released ABS slaughter figures are at 1.4 million. According to the ALFA survey, 665,536 head were turned off from feedlots – translating to 47% of slaughter being grainfed cattle, the highest proportion in 20 years.