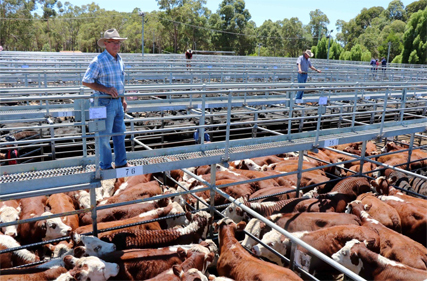 I spent a considerable time during Beef 2021 talking to northern seedstock producers and tropical breed Executive Officers about the serious implications of the proposed new WA JD Cattle Import Conditions set to start on July 1.

The proposed new Import Conditions significantly increased the JD testing requirements for Qld and NT herds wishing to sell bulls and females into WA and in addition had rigorous conditions requiring that to remain WA eligible herds could only introduce cattle from other WA eligible herds.

This in turn threatened to prevent WA eligible herds from commercial trading of young cattle.

After many discussions with the DPIRD veterinarians, I made a strong written representation to the Chief Veterinary Officer in WA appealing to the WA DPIRD to modify their import conditions so they more closely reflected the risk of introducing JD to WA from Qld and NT.

I am pleased to report that I received a letter from the WA CVO, Michelle Rodan, outlining a number of very significant changes to the WA JD Cattle Import Conditions which much more closely reflect the risk of introducing JD from northern Australia and are much less restrictive on where seedstock herds can introduce cattle.

Interestingly the new Import Conditions will apply equally across all jurisdictions so that for larger herds with over 140 eligible cattle (over three years of age) in Vic, Tas and SA the testing requirements are reduced.

However for smaller herds under 140 head of eligible cattle in all jurisdictions the testing requirements remain rigorous.

If you have any questions not clearly explained on the WA DPIRD web page feel free to contact me and I will endeavour to answer them. Nothing related to Johnes Disease is ever simple!