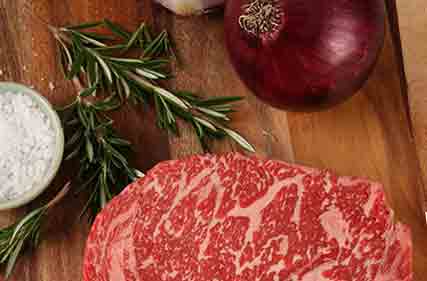 Recognising and working to improve the underlying values these markets provide will ensure Australia retains its position as a preferred supplier to Japan and Korea, the report says.

The report, Uncovering the Value of the Japanese and South Korean Beef Markets, by agribusiness banking specialist Rabobank, says Japan and South Korea already represent two very important markets for Australia’s beef industry, “despite not boasting the headlines of record growth or market-setting prices” seen for other export destinations, such as China and the United States, in recent years.

Rather, Japan and South Korea’s underlying value comes from their consistent and stable consumption patterns, ease of doing business and ability to optimise carcase value, it says.

Japan and South Korea represented a combined $3.7 billion worth of beef exports for Australia in 2020 (38 per cent of Australia’s total beef exports by value).

Rabobank expects total import volumes for Japan to grow over the next five years at an average of just over two per cent per year, while South Korean total beef imports are forecast to grow slightly faster at just under four per cent per annum.

Report co-author, Rabobank senior animal proteins analyst Angus Gidley-Baird said while neither Japan nor South Korea represented the import volume growth prospects of China and some other countries, they were nonetheless very important markets for Australian beef into the future.

“Given that Australia’s current beef production is down and is many years off recovering and growing beyond its previous volumes, what we need at the moment is strong trade partners who value the Australian product,” he said.

“Over the past 20 years, the Japanese and South Korean markets have remained true to form, providing major beef-exporting countries, such as Australia, with a stable, reliable market. At the same time, the strength of demand in these markets also means they hold their own on volumes and prices.”

Having access to the Japanese and South Korean markets “provides a foundation for Australia’s beef exports”, the Rabobank report says.

“This makes them critically-important trading partners that require ongoing attention.”

Recognising and working to improve the underlying values these markets provide will ensure Australia retains its position as a preferred supplier to Japan and Korea, the report says.

“As Japan and South Korea are established and stable markets, availability of product and pricing are critical factors in maintaining supply relationships,” Mr Gidley-Baird said.

“Focusing on the value propositions of consistency and stability, ease of doing business and adding value to the carcase also provides the means to continue to extract value from these markets and to further embed Australia as a preferred supplier.”

Working to develop a more consistent and stable supply chain for the Japanese and South Korean markets – both in terms of production volumes and quality – could create a better outcome for both countries, the report says.

Mr Gidley-Baird said grain feeding cattle was one way to improve consistency and quality. “We already see a strong preference for grain-fed beef into Japan and South Korea with 51 per cent and 37 per cent of exports respectively made up of grain-fed beef,” he said.

“But there are also ways to improve consistency and quality in a pasture-based system, including managing stocking levels and feed availability with a view to turning off cattle that meet market specifications and reducing the impact of seasonal variation.”

The prominence and scale of these large trading houses – which manage the bulk of beef imports in both countries – provide a degree of stability in these markets, he said, and these relationships could be further leveraged.