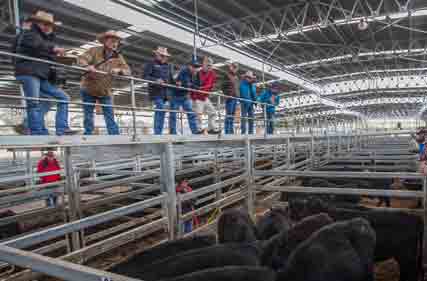 The global beef market is set to tighten further in 2022, driven in significant part by continuing contraction in the US cattle herd, Rabobank says in its just-released global Q4 Beef Quarterly report.

The agribusiness banking specialist said contracting production in the US – one of the world’s most influential markets as a major producer, consumer, importer and exporter of beef – would alter global trade flows and have implications for other “trade exposed beef nations”, including Australia.

The reports said while US beef production is forecast to be down 2.5 per cent in 2022 – with increased cow slaughter due to continuing concerns about drought and the availability and price of feed – US beef exports are still expected to remain strong.

The contraction in the size of the US cattle herd had accelerated in 2021, the report said, “due to poor economics and drought liquidation across the western US”.

For the year to date, US beef cow slaughter has been up 10 per cent and dairy cow slaughter up two per cent, for a combined increase of six per cent

But, despite contracting production – and strong domestic consumer demand – the US has moved from being a net importer to a net exporter of beef, the report said.

And US beef exports are forecast to increase by between two and four per cent in 2022, according to report co-author, Rabobank senior animal proteins analyst Angus Gidley-Baird.

“Markets in Japan, South Korea, Mexico and Canada continue to remain for US beef, but it is the growth in exports to China that is driving the rising US export volumes, with China now the third largest export destination for the United States,” he said.

Mr Gidley-Baird said the growth in US beef exports to China had been supported by limited export supply out of Australia – “due to our herd rebuild process and reduced cow slaughter” – along with disruption to export supply from Argentina and Brazil, and a growing demand for high-quality beef in China.

The expansion of US beef exports into China is set to stay, the report said, with the US meeting China’s growing demand for higher-quality beef.

“To date, the US has been able to maintain its exports to other key markets, including Japan and South Korea, despite the growing volumes it is exporting to China,” Mr Gidley-Baird said.

“With strong domestic beef prices in the US, though – along with contracting US beef production and growth into the Chinese market – competition for US beef is expected to remain strong and keep prices firm. This will set a benchmark in the global market, with strong prices further compounded by ongoing limited supplies from Australia and current disruption to export from Brazil and Argentina.”

And, as tight as the 2022 market appears, it may just be the precursor to a bigger event in 2023, the report said.

“With the increased level of US cow slaughter expected to continue, and the decline in production not expected to reverse until 2023 or beyond – compounded by limited export supplies from Australia – global beef markets are on a tightening trend,” Mr Gidley-Baird said.

The report said the US’s own beef imports are also expected to increase to cater to its strong domestic demand and the forecast reduction in US beef production.

For Australia, the Beef Quarterly report said, forecasts for favourable seasonal conditions in the coming months would support strength in producer demand and provide support for young cattle prices.

“However, with the US, South Korea and Japanese import prices not showing the same increase through September and October as we saw in earlier months, finished cattle prices may see a cap on further increases,” Mr Gidley-Baird said.

The report notes that post-drought herd rebuilding efforts in Australia remain sluggish – limiting export opportunities – with east coast weekly slaughter numbers for the four weeks to the end of October down 24 per cent on the five-year average, with female slaughter numbers a relatively high proportion of the total.

Australian beef export volumes are down 16 per cent year-to-date to October, although Mr Gidley-Baird said the month-on-month contraction rate is beginning to lessen.  “The US market has seen the largest decrease down 38 per cent year-to-date, which reflects the lower production of lean trimmings due to reduced cow slaughter numbers, while volumes to China are down 28 per cent and volumes to Japan are down 11 per cent,” he said.

The report notes that beef supply to the foodservice sector in Europe continues to suffer from Covid setbacks after a rise in pandemic case numbers in late October prompted a resumption of control measures to contain the outbreak.

In China, it said, “beef consumption has again seen some shift from foodservice to retail as quarantine measures negatively impact travel, restaurants and business events”.

The report said the global shipping disruptions that pushed prices to “stratospheric levels in 2021” are set to continue in 2022 and, as a result, containerised freight costs, and specifically reefers (refrigerated containers), would remain high.