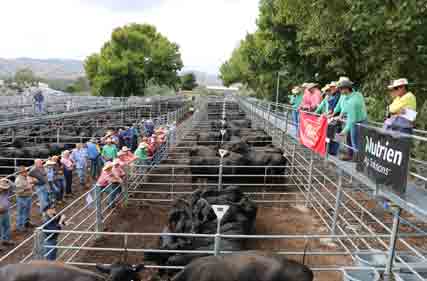 Australian farmers are predicting the “magic combination” of high commodity prices, low interest rates and good seasonal conditions will continue in the year ahead – sustaining a continued high level of confidence across the sector.

The impact of recent excessive rainfall and flooding in southern Queensland and northern and central New South Wales’ grain-growing regions – which has devastated many crops on the point of harvest – has yet to be taken into account though, coming, for the main part, after the survey was in the field.  This is expected to significantly alter previously-high income projections in the grain sector.

Growers in impacted regions have been counting the cost of significant downgrades or complete ruination of what was shaping up as one of the biggest winter harvest years on record.

Fortunately, production losses have not been as significant in the livestock sector, which continues to enjoy sustained high commodity prices and favourable grazing conditions, while many summer croppers and cotton producers look set to capitalise on surety of water supplies and full soil moisture profiles.

The survey – completed last month – showed while overall national farmer confidence had softened on last quarter, it remained at still strong levels, with 84 per cent of Australian farmers surveyed forecasting the agricultural economy will continue to perform at, or exceed, its currently-excellent levels in the year ahead.

The survey has also reported record high levels of business viability, with the Farm Viability Index – measuring farmers’ assessments of their own business viability – now sitting at the highest level in the survey’s history.

Rabobank Australia CEO Peter Knoblanche said strong demand for Australian commodities, good seasons and favourable business settings were supporting solid, long-term confidence, although this would likely be diminished among grain growers and other flood-affected producers heading into the end of the year.

“Overall, there is significant long-term positivity in Australia’s farm sector – we see it in the high levels of farm viability reported, in farmers’ strong investment plans, and in the optimism about the year ahead,” he said.  “But while above-average rainfall has been a blessing in some sectors, it has caused significant heartbreak in others.

“The full extent of the damage to this year’s east coast winter grain harvest, in particular, is still being assessed, and it’s unclear yet just how much grain has been downgraded to feed quality, and how much will be a write-off.  This is particularly heartbreaking for grain growers as they were very optimistic about this year’s crop – it had enormous potential in both yield and value.”

The latest survey found 35 per cent of farmers surveyed nationally were expecting conditions in the agricultural economy to improve over the year ahead, easing from 43 per cent with that view in the September quarter.

A further 49 per cent of respondents reported they were expecting farm business conditions to remain stable over the coming 12 months, while 13 per cent expect conditions will worsen – an increase on the four per cent of farmers with that view last quarter.

Mr Knoblanche said Rabobank’s Rural Commodity Price Index (comprising local prices for 10 agricultural commodities) eclipsed its previous all-time high in November, with small drops in the price of sheepmeat, wool, and sorghum offset by increases for all other commodities, particularly canola, to set a new benchmark in the 12-year history of the index.

The ongoing rise in input costs – particularly fertiliser and farm chemicals – was growing as a concern, however, Mr Knoblanche said, and could be a significant challenge for the farm sector next year.

Rising input costs were the main issue nominated by farmers in the survey who were expecting conditions to deteriorate in the year ahead (cited by more than half).  By comparison, four per cent attributed their pessimistic view to COVID-19 and four per cent to too much rain.