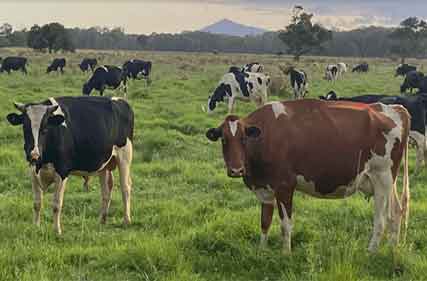 An organic, skimmed milk is officially the best tasting milk in Australia, scooping the evening’s showpiece award at the Dairy Industry Association of Australia Awards, dubbed the industry ‘Oscars’, in Melbourne on Friday.

The panel of expert judges tasted over 1000 cheeses, yoghurt, butters, milks and ice creams before awarding it the top prize.

Barambah Organics CEO Matt Stanton said that the award was no surprise.

“When it comes to skimmed milk, Barambah Organics is officially la crème de la non-crème!” he said. “Our customers already knew our milk is the best you can buy so it’s great the judges have agreed.”

He claimed that the company’s secret is happy cows!

“Our cows are free to munch on lush, green grass all day which results in healthier, tastier milk, cheese and yoghurt that are free from pesticides and chemicals,” he said. “Studies show that happy cows produce more delicious milk, and this award proves the point.”

And organic farming isn’t just good for the cattle. Organic farming uses 45% less energy, 20% less water and releases 40% fewer carbon emissions. Not only that, but research has shown that organic cows are indeed happier and produce healthier milk with higher levels of omega-3 fatty acids.

Demand for organic food is soaring in Australia with average growth of 13% over the last decade as consumers switch to healthier produce that’s better for the planet. Revenue growth in organic farms rose by 12.3% in the last year alone, according to IBIS World analysts, with the industry now worth well over $2.6 billion.

Australia has 23 million hectares of organic agricultural land, more than any other country. An extra half a million Aussies have started buying organic food in the last year alone!

Barambah Organics, Australia’s biggest organic dairy company, also won awards for the best tasting feta, low fat natural yoghurt, iced coffee and flavoured milk. All its milk is produced on its three farms in the south of Queensland and far north of NSW.

For more information or to request an interview with Matt Stanton, call Marlene Richardson on 0409 888218 or email marlene@gasbagpr.com.au.