Competition fierce on lighter steer lines with prices up $49 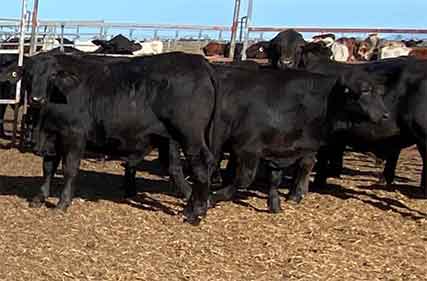 While the overall clearance rate was subdued at 58%, competition for the lighter lines was fierce, especially from southern Queensland producers.

The proven breeder category was again dominated by PTIC lines, making up 20% of the breeding stock offered. Buyer caution remains with prices mixed on last week, while clearance rates highlight demand for the cow categories. With numbers back on last week, the 2,740 PTIC heifers sold to a very cautious market, with a 49% clearance rate, averaging $31 lower on last week, at $2,701/head.

From Acheron, Central Victoria, a line of 20 NSM Angus cows and calves, returned $3,850/head. The cows ranged in age from 5–6 years, weighing 627kg lwt – while the calves at foot were 1-9 months of age, average 90kg lwt and are sired by Banquet Angus bulls.