New Zealand to impose burp tax on sheep and cattle 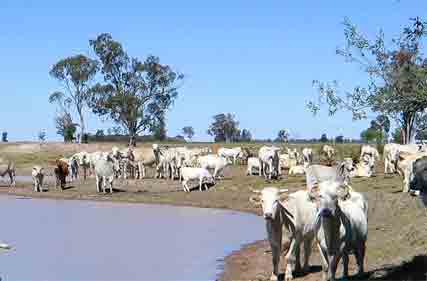 The New Zealand Government has announced it will become the first country to tax biogenic methane emissions from sheep and cows, but NSW Farmers President James Jackson warned it was based on misguided methodology that should not be repeated here.

NSW Farmers is concerned a tax on sheep and cattle burps could serve to drive up grocery prices if implemented in Australia.

“It’s crazy, agriculture is the only industry that actively removes carbon dioxide from the atmosphere, and they’re talking about taxing farmers instead of the big emitters,” Mr Jackson said.

“This is based on some faulty logic that came out of Kyoto, and it’s really just placing slogans ahead of science.

“Agricultural businesses turn carbon dioxide into food every single day, and we have already done a lot of heavy lifting it terms of efficiencies, soil health and vegetation – we need better technology, not taxes, to reduce emissions.”

In Australia, the cost of living and household groceries has been an increasing concern for families, and Mr Jackson warned a tax on biogenic methane here would ultimately be passed on to consumers through higher food prices.

“A tax on livestock will become a tax on meat and dairy, and it’s Australian households who’ll ultimately end up paying it,” Mr Jackson said.

“People are already feeling the pinch with fuel prices and rising mortgages, the last thing they need is to be priced out of milk and sausages and mince.

“Farmers are highly exposed to any change in climate, and we’re already doing our part, it’s disappointing to see our friends across the ditch taxed like this.”