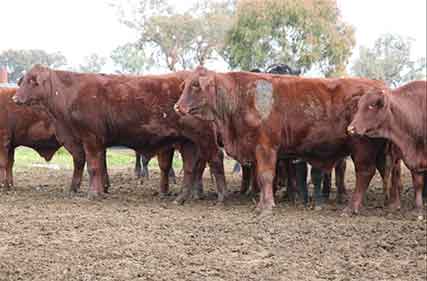 Through the proven breeding lines, most of the buying was focused through northern and central NSW. Initially low clearance rates at the immediate closure of the sale continues to point to very judicious buying from herd rebuilders, as the 3,161 PTIC heifers only sold to a 32% clearance rate this week. After last week’s decline, PTIC heifers averaged $32 higher this week, at $2,589 head – ranging from $1,750-$3,560/head.