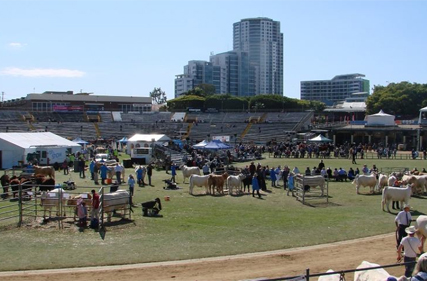 The Toowoomba Royal Show was held from 7th – 9th of April with Limousins being judged by Graham Brown.

Whilst numbers were down due to this year following along from the Sydney Show and also the lack of rain in some areas, the quality and presentation of the cattle was high.

It was great to see a number of new junior members participating such as Calinda Limousins, Gold Crest Limousins & Myrtle Hill Limousins. Congratulations also goes to the Williamson family of AT Limousins who not only came away with Grand Champion Female but also secured the Grand Champion Led Steer on the Thursday from some very stiff competition.

(Who went on to become Grand Champion Female)