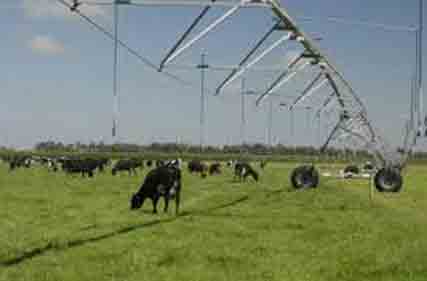 Modernising the infrastructure will mean quicker and more efficient delivery of water to farms.

UNITED Dairyfarmers of Victoria is calling on the Federal Government to help fund an upgrade to the largest irrigation district in southern Victoria.

But UDV President Adam Jenkins said there was still a funding hole that needed to be filled, and the dairy organisation was looking to the Federal Government to cover the cost.

“The Macalister project is an important investment for agriculture and will result in great paybacks for the dairy industry, as well as the Australian economy,” Mr Jenkins said.

“Australia now has free trade agreements with China, Japan, and Korea, which has increased demand on the dairy industry.

“This an opportunity for the federal government to support ongoing growth and profitability in the sector, which underpins our healthy communities.”

Stage one of the project includes replacing 85kms of old channels with 38km of pressurised pipes and 26km of automated channel, which will save 9,700ML of water for the district’s dairy farmers and vegetable growers.

Modernising the infrastructure will mean quicker and more efficient delivery of water to farms.

“Modernisation is really important for our members to continue to improve efficiency, but it will also help ensure our industry is environmentally sustainable in the long term,” Mr Jenkins said.

UDV and the Victorian Farmers Federation are also seeking a longer term commitment to fund the second stage of the Macalister Irrigation District 2030 Modernisation project, which has been costed at $190m.

Infrastructure will be a priority at this year’s UDV conference, to be held this Friday at the MCG from 7.30am.