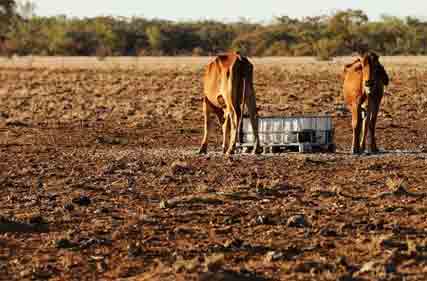 AgForce has welcomed the decision by MSF Sugar to guarantee a molasses supply from their mills to the Australian cattle industry as it recovers from a record-breaking drought.

AGForce encourage other mills to follow suit if they haven’t already.

Cattle Board President Will Wilson said beef and dairy cattle producers desperately needed molasses while recovering from the drought and were concerned by signs that Australian molasses from the 2020 crushing season was to be sold overseas.

“The decision by MSF – a Thai company that owns four sugar mills from Cairns south to Maryborough – to preserve molasses for Australian buyers is a terrific relief for Queensland cattle producers,” Mr Wilson said.

“We acknowledge north Queensland cattle producer and long-time AgForce supporter Senator Susan McDonald for her pivotal role in having MSF reconsider an earlier decision to sell their molasses overseas.

“We hope that other mills follow the lead of MSF and dedicate the majority of their molasses output for the domestic market, if they haven’t already.

“Historically, the only alternative for Queensland’s multi-billion-dollar beef and dairy industries is to rely on unpredictable and expensive molasses imports from Asia, which AgForce has had to broker in the past to meet the industry’s need.

“AgForce fully supports Senator McDonald’s work with the sugar industry and others to put systems in place that will avoid the anxiety and market uncertainty of last week’s panic for future years.

“In the short term, AgForce will keep a close eye on the situation and stands ready to act to assist producers to access vital molasses supplies.

“I would thoroughly encourage producers having difficulty sourcing molasses to contact their supplier in the first instance.”