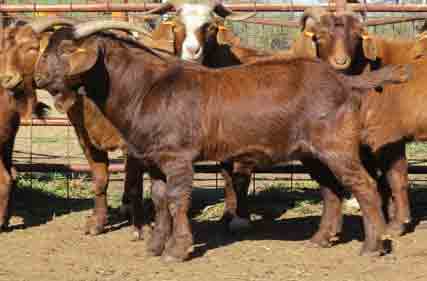 Goat listings on AuctionsPlus over the last two weeks have seasonally decreased, with a total 978 head offered.

New South Wales dominated the listings, offering 62% of the overall catalogue, as Victoria accounted for 29% of listings and Queensland 9%.

There were several Boer bucks offered, with a line of 8 head from St George, Queensland, selling to $400/head.

The bucks averaged 49kgs, were 12-28 months old and will head east to Millmerran, Queensland.

A line of 44 Boer does from Mystic Park, Victoria, returned $281/head. The does were 2-5 years old, weighed 52kgs and will head north to Dubbo, NSW.

Rangeland does accounted for the majority of listings, with 480 head offered. With 75% clearance achieved, they returned prices from $162 to $170, averaging $166/head. The top price was claimed by a line of 110 nannies, with 50 kids at foot from Swan Hill, Victoria.

The nannies were 1-5 years old, weighed 36kgs and will remain in Victoria. From Cobar, NSW, 250 Rangeland nannies with 65 kids at foot, returned $162/head. The mixed age nannies weighed 26kgs and had been joined to Rangeland billies.