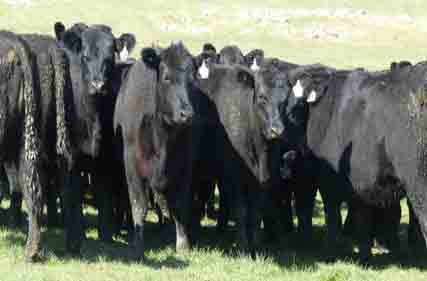 With a total of 1,513 head offered for the week, the subdued clearance rate of 63%, also showed that there was still some distance between vendors expectations and buyers limits.

For the featured PTIC sexed embryo lines, the two female lots delivered an $80-170 premium over the two male lines – with both female lines reaching $2,640/head.

Through the young steer categories, prices were up across all five weight divisions, with the largest increase registered for the heaviest lines. 400kg+ steers jumped $175 on last week, to average $2,341/head, with some outstanding lots presented across the 850 head offered.

Offerings through the proven breeder lines was again largely reflective of quality, with the 700 PTIC cows offered averaging $17 lower on last week, at $2,369/head.

A large line of 50 PTIC cows with 52 CAF out of Leeton sold to $4,270/head, with the Angus/Hereford cows averaging 515.3kg liveweight and between 32-38 months of age. With the cows PTIC to a Scotts Angus Bull, the CAF averaged 195kg and were between 4-6months of age.