Demand for PTIC heifers wanes with prices down $60 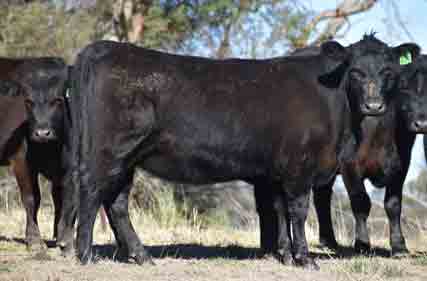 These PTIC Angus heifers from Armidale, NSW, made $2850.

The most notable movement last week was for the heavier end of the young heifer category. With a very similar number of 330-400kg heifers offered compared to last week, at 1,430 head, the average price jumped $63, to $2,082/head – at a 95% clearance rate.

Reports of producers chasing future breeders assisted the stronger returns, with the favorable season outlook enabling some producers to take a slightly longer and somewhat cheaper approach to rebuilding.

For the young steer lines, there was a sharp contraction in offering for the 200-280kg and 280-330kg categories compared to last week – contracting 47% and 54%, respectively.

The overall clearance rate through the proven breeder categories with CAF was lower this week, an indication that the willingness for buyers to meet vendor reserves was again diverging.