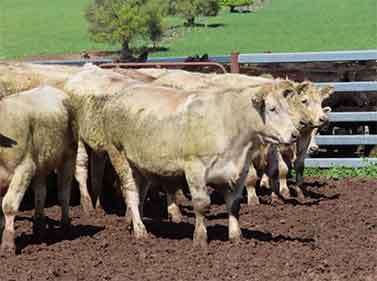 The largest online offering in four months delivered variable clearance rates for the proven breeding lines again this week, as the distance between vendors and buyers in “rebuilding categories” finished the week further apart.

For the 20,558 head offered, an increase of 22% on the corresponding week last year, the young steer and heifer lines again sold to robust clearance rates, as an influx of light dairy cattle through the southern states dragged average prices for the lightest categories lower.

There was a significant jump in the 200-280kg weight category this week for both steers and heifers, with the 2,571 steers an increase of 92% on the previous week, while heifer numbers jumped 99%, to 3,141 head.

There were some mixed results for the PTIC and CAF lines offered through the Eastern States Sale this week. While the PTIC heifer segment, with 2,181 head offered, averaged $158 higher on last week, at $2,381/head, the clearance rate was again well below average at only 46%. Similarly, the 963 PTIC cows sold to a 62% clearance rate, finishing at $2,646/head.

An indicative line of 127 NSM Brahman cross cows with 127 CAF, out of Irvingdale, Southern Queensland sold to $2,960/head – with the cows averaging 438.4kg and ranging from 2-12 years, while the calves were between 1-4 months of age.

From the Tasmanian sale, 37 NSM Angus heifers sold to $2,310/head. Out of Longford, the 37 future breeders averaged 403kg liveweight, and ranged from 23-24 months of age.