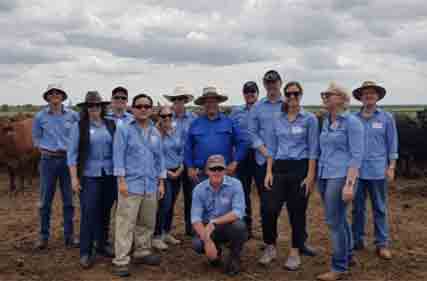 The CCA Rural Awareness Tour is back in 2022 to northern Qld.

Cattle Council of Australia reaffirmed its commitment to a legal transition pathway from the existing CCA to the new democratised peak industry structure under Cattle Australia. Board members agreed to take every step necessary to ensure the transition was successful in 2022.

The Board agreed it supported a move to a democratically elected Board and that CCA’s representatives on the restructure committee should continue to seek expert advice on the best course of action to ensure the restructure goes ahead, while achieving the goals of creating a democratic, stronger, and sustainably funded peak industry council.

Rural Awareness Tour 2022
The Board heard a proposal to resume operating the CCA Rural Awareness tour towards the end of September with a tour in Far North Queensland and the Northern Territory towards end September.

Cattle Council has been successful in securing Federal Government funding to sponsor a number of international participants from Southeast Asian trading partners.

Biosecurity
Following on from the Lumpy Skin Disease and Foot and Mouth Disease outbreaks in Indonesia the board heard President Markus Rathsmann, NTCA Director Anne Stanes and one staff member had joined the Lumpy Skin Disease AusVet Plan Writing Group. The AusVet Plan for Foot and Mouth Disease was also under review. CCA is now represented on five external working groups set up in response to the disease outbreaks in Indonesia and has established an internal CCA working group to feed information into external groups.

Change of Federal Government
The board noted the change of Federal Government and as an apolitical organisation, CCA worked to have a constructive relationship with all incumbent Governments. The board recognised the importance of taking steps to forge a strong and positive working relationship with the new Labor Government and engage with new Ministers once announced. It was also agreed CCA should write to all relevant members of the previous administration to thank them for their support over the past nine years.

CCA Membership during the Transition to Cattle Australia
The Board agreed that existing members should be able to renew their CCA membership as they are a valuable part of the grassfed industry with an existing relationship with CCA.

Current members hold rights and benefits, including voting rights at the upcoming Special Meeting to endorse the new Constitution. All memberships will be transferred to the new peak industry body Cattle Australia once the restructure is complete, while potential new members should be directed to Cattle Australia which is set to become the Peak Industry Body for grassfed Cattle Producers within the coming weeks.