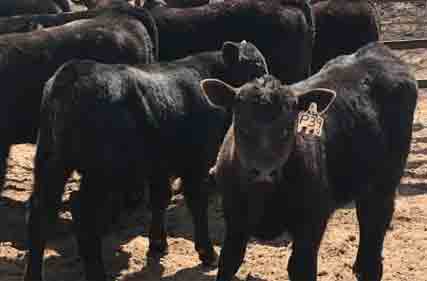 Photo for illustrative purposes only.

A Gippsland livestock producer has been fined $11,900 for actions that had the potential to jeopardise Victoria’s livestock traceability system.

At Latrobe Valley Magistrates’ Court on Wednesday June 1, Labertouche livestock producer Bartholomew Merrall, was convicted and fined for selling cattle that were not tagged correctly.

Mr Merrall was also fined for 16 other offences including the illegal removal of National Livestock Identification System (NLIS) eartags, not correctly disposing of NLIS ear tags, failing to provide cattle movement information to the NLIS database and providing false information relating to the status of cattle.

The court heard that when officers inspected Mr Merrall’s property in October 2019 they discovered 269 removed NLIS eartags including 45 of his white ‘breeder tags’ that had been removed from cattle that had previously been consigned to export.

He subsequently changed the status of these removed NLIS ear tags to ‘deceased’ to cover up the removal of the NLIS tags after officers attended the property.

“It also provides certainty on the movement of livestock and livestock products through the supply chain, helping to facilitate access to premium international markets.

“The illegal activity of one producer can jeopardise the entire industry, impacting our ability to trace livestock in an emergency disease or food safety incident and causing important export markets to be lost.”

For his conviction of dispatching and selling cattle not tagged correctly, Mr Merrall was fined $3000 He was also fined $4000 for the illegal removal of cattle NLIS eartags, $1500 for failing to send required cattle movement information to the NLIS database within two days, $400 for failing to dispose of used cattle NILS eartags to prevent being re-used, and $3000 for providing false information to the NLIS database. He was also ordered to pay the department service costs of $213.26.

Agriculture Victoria Director of Animal Health and Welfare Les Howard, said the prompt detection of the offending and thorough investigation conducted by the department has ensured potential risks to Victorian livestock and consumers were successfully contained.

Mr Howard said the outcome of the matters brought before the court served as a strong reminder for the Victorian community to take biosecurity seriously.

“The vast majority of Victorian producers do an excellent job of helping to ensure a strong biosecurity system is maintained,” he said.

“A strong biosecurity system not only protects our agriculture sector, but also our environment, biodiversity, cultural heritage, economy and way of life.”

For more information on NLIS including training on how to use the system please visit agriculture.vic.gov.au/nlis.

Anyone wishing to make a specific complaint in regard to livestock welfare or traceability breaches can contact Agriculture Victoria on 136 186 or aw.complaint@agriculture.vic.gov.au.